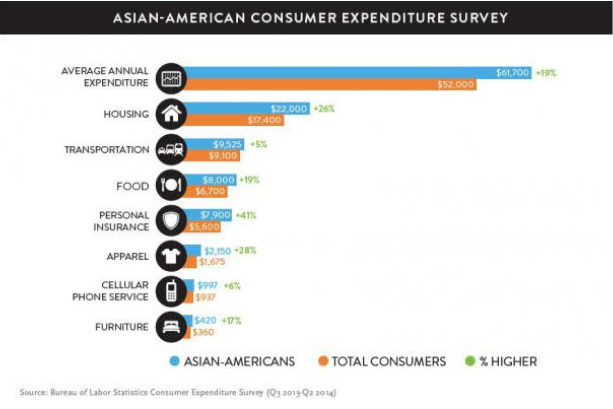 The Asian-American consumer market is distinctive in many key respects. It is more concentrated in certain areas
of spending, such as housing, education, transportation, and food spending, than all other groups. Asian-American households are generally wealthier than the average American household. The three categories where Asian-Americans outspend total consumers by the highest percentage are personal insurance, apparel, and housing. Higher personal insurance spending is likely attributed to a strong desire to protect assets and family while higher apparel spending aligns with a strong loyalty to brand names further detailed in this report. Higher housing expenditures may be driven by the need for more space given the larger household size of Asian-American households compared to the general population (3.1 vs. 2.7) Asian American tend to have more multiple generation living under one roof. Also, by the clustering of many Asian-Americans in metro areas where housing prices may command a higher cost. In Los Angeles, these areas include San Marino, Arcadia, San Gabriel, etc. (Source: Nielsen) 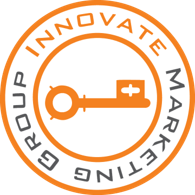