Amsterdam, November 10, 2015 – kubik took home the first prize at the 10th edition of the European Best Event Awards (EuBea) for the design and execution of the Amsterdam Motor Show 2015 in the tradeshow category. EuBea recognizes and promotes excellence in events and live communication across Europe. Created in 2006 to foster and advance the importance of events in the marketing plans of any organization, EuBea has helped participating agencies from 29 different European countries in finding new inspiration and new ideas for their events and exhibitions. The thirty EuBea Jury members are chosen among top corporate clients with international responsibility and are completed with eight members of European Event associations. The judges were impressed with kubik’s out-of-the-box solution for a car show, which combined cost-efficiency with brand consistency, delivering an innovative and inspiring setting with clearly specified results.

For AutoRAI 2015, the Amsterdam Motor Show, kubik developed a complete new exhibition concept. This new profile for the show was based on a level playing field for the participating car brands, were all the exhibitors have the same facilities and promotion possibilities for their car displays. For every car manufacturer, kubik made a tailor-made design based on their corporate identity and visual branding. In this way, maximum exposure for all parties involved is guaranteed while at the same time a very cost-effective participation is realized. To make the show floor layout attractive for the visitors, kubik decided to move the traditional large back walls of the car exhibits into the main aisles, to create a modern “Gallery” setting that functions as a red carpet route through the seven major exhibition halls of the RAI Complex.

More than 500 cars were on displays amongst with 90 show debuts, representing 49 car brands. The total amount of exhibitors was above 100 and apart from the car exhibits, 10 separate events both indoor and outdoor were staged during the show. More than 290.000 visitors enjoyed the show, which was an increase of 8% compared to the previous edition. Visitors rated the show with a 7.5 on a 10 point scale (average for consumer shows lies around the 7.0. Car brands rated the show with an 8, previous show was 7.1. Post-show research indicated that 95% of the exhibitors achieved theirs goals.

Click on the link and find out more about the article.
http://www.eubeafestival.com/events/autorai-2015-amsterdam-motor-show/ … 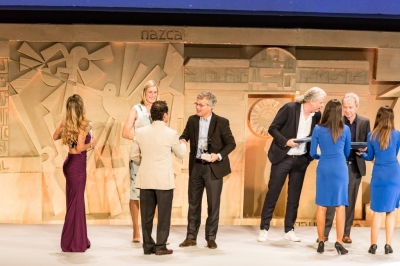