How These 4 Brands Succeeded With Social Media Contests 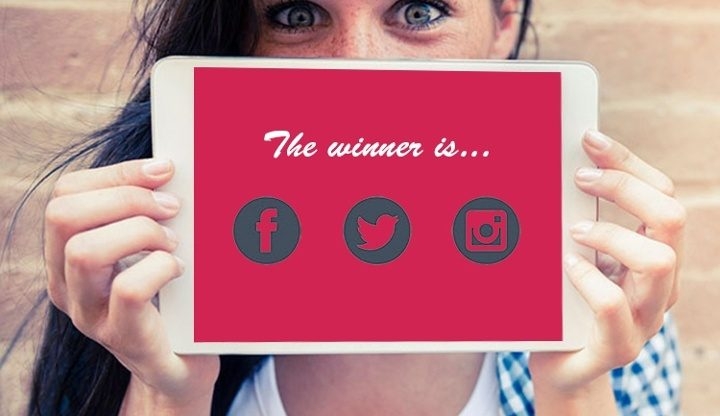 Social media channels like Facebook, Instagram, Twitter and Pinterest enable businesses to directly reach current and potential customers, and one creative way to engage this audience is by using contests. As stated on cmo.com, "social media contests can be a cost-effective means of generating email lists, as well as creating brand awareness, new sales and customer loyalty." Such strategies are not a surefire recipe for success, however. The best contests are in line with both the overall marketing strategy and the lifestyle of the brand's target market. Take a look at these examples of four companies that got it right.

To promote its Real Beauty initiative, Dove launched the "Real Beauty Should be Shared" initiative on Facebook. The concept took a fill-in-the-blank approach; followers were asked to post a photo of a friend and to share two reasons why that person embodies real beauty. The winners got the opportunity to model in an actual Dove ad campaign.

This contest was not only an attention-grabber, it reached consumers in the right way. The campaign emphasized positive body image, self-esteem and camaraderie, all messages that are in line with the company's aim of helping women to realize their full beauty potential.

Frito-Lay – Do Us a Flavor

In order to create its next flavor, Frito-Lay tapped the information superhighway to crowdsource suggestions. In 2012, the company's "Do Us a Flavor" campaign invited followers to submit their ideas for new potato chip varieties. A panel of expert judges chose the top contenders, and then the public was invited to vote on which flavor would become a staple of the Lay's product line.

The contest was such a hit that the brand made it an annual event. So far, this campaign has led to flavors like Cheesy Garlic Bread and Kettle Cooked Wasabi Ginger, as well as immeasurable media impressions and boosts in brand affinity.

Urban Decay – Get Electric with UD

Urban Decay is a cosmetics brand marketed primarily to 18-35-year-old women with disposable income and a carefree lifestyle. To reach this specific set of customers, the niche company aligned with two compatible brands - the Coachella music festival and Pinterest – for its "Get Electric with UD"campaign. To enter to win free tickets to the sold-out California music event, fans had to create a Pinterest board entitled "Get Electric with UD" and fill it with images representing their own personal festival style.

The contest ran for two months in 2014, during which time Urban Decay's Pinterest popularityincreased by 51,000 followers. The company effectively reached its target audience by using a vehicle, a topic and a prize that would resonate with the desired demographic.

In 2014, the team at Marc Jacobs bypassed traditional channels and instead took to social media to find the face of its next advertising campaign. Jacobs himself announced the contest on Twitter, directing all wannabe models to post their best photo to Twitter or Instagram and include the tag#CastMeMarc.

More than 70,000 hopefuls from all over the world entered the contest. It appealed to the public, successfully projected the brand's modern image, and received attention not just in the fashion media, but in mainstream outlets as well.

"With the right mix of content and creativity, any campaign can become social," explains author Heike Young. Just remember, in order to make an impression, be true to your own brand and to your clients. Then let the creativity freely flow.